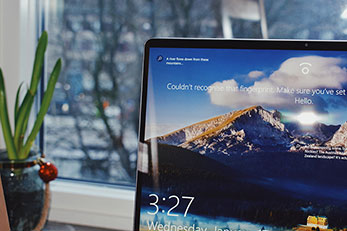 Windows 10 Oct 2018 update has been revisited by Microsoft to fix a number of problems, namely the dreaded file-deleting bug that made it temporarily unavailable.

The new build has been released to Windows insiders for preview testing. Version 1809 of Windows 10 Oct 2018 update contains fixes for that bug.

Several issues are fixed in the update, namely driver compatibility.

Microsoft has yet to release the information of which driver compatibility issues are being fixed. We do know that faulty Intel and HP drivers from Windows 10 version 1803 and 1809 have had rolled out fixes that remove them from affected systems.

During the version 1809 release to public users, it was noticed that CPU usage was reported inaccurately from Task Manager. This problem was present during a last-minute bug fixing attempt by Microsoft.

“We fixed issues where incorrect details were shown in Task Manager under Processes tab,” Microsoft was reported to note about this build.

Several issues causing third-party antivirus products and virtualization products were fixed by Microsoft, but with no description of compatibility issues.

It hasn’t been released when new Windows 10 version 1809 will be released. When the preview became available with fixes for the file-deleting bug, Microsoft updated the Feedback Hug app, allowing user to report the issues being experienced.

The re-release of 1809 will be issued when feedback and diagnostic data is received from Windows Insiders to confirm the problems have been sufficiently dealt with.

Sorry. No data so far.

This site is a free online resource that offers valuable content and comparison features to consumers. To keep such resource free, toptenbestsoftware.org receives advertising compensation from some of the companies listed on this website. Such compensation may impact the location and order in which such companies appear. All such location, order and ratings are subject to change. toptenbestsoftware.org does not include all software products available to consumers in the marketplace. We strive to keep the information on our website up-to-date and accurate, but we do not guarantee that this will always be the case. Learn more about our advertising disclosure here.